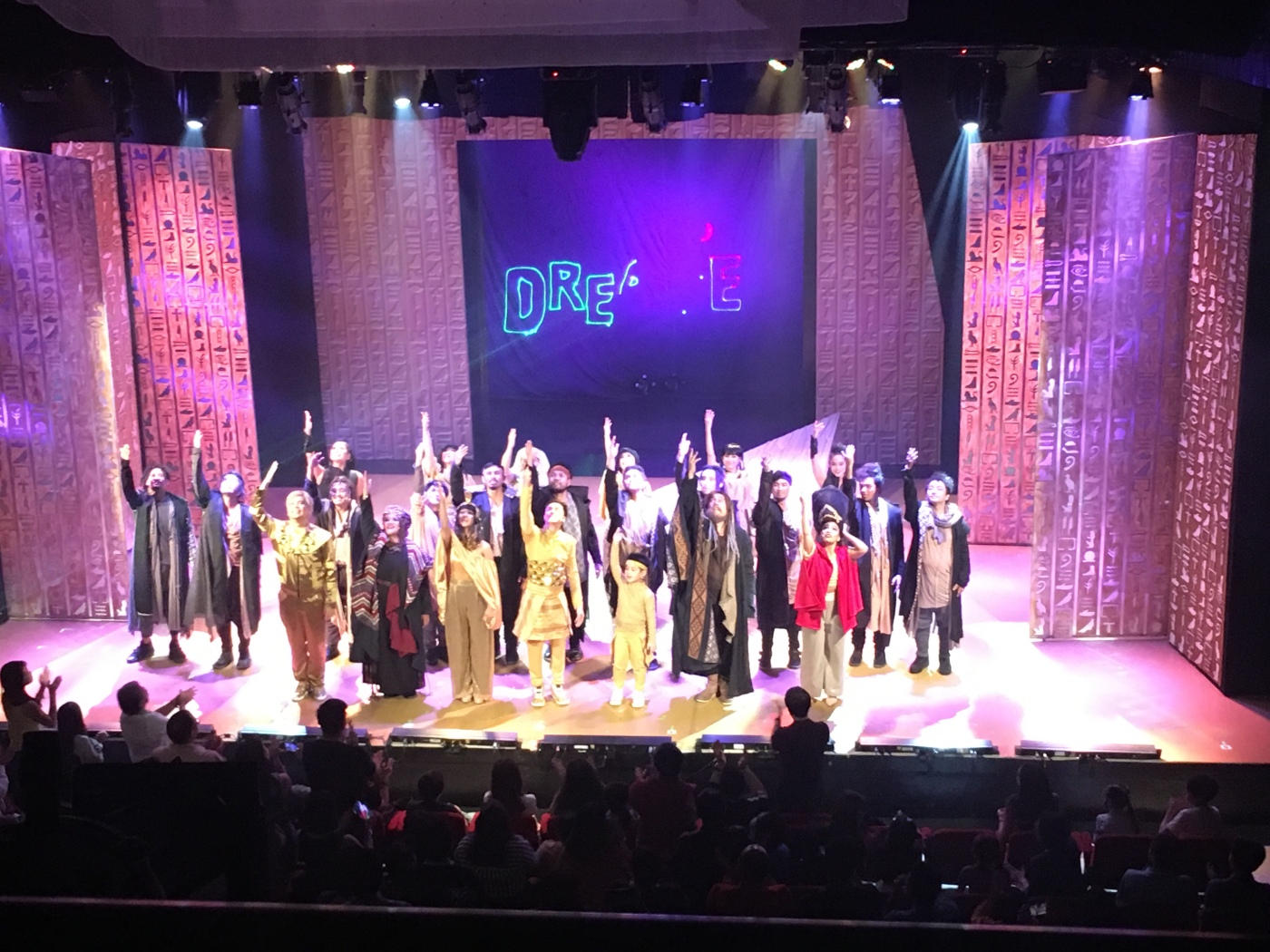 News about an NCOV-infected Deloitte employee in BGC came online. My morning and afternoon small group discussions were cancelled. Weeks back, Ate Fel booked us tickets for a theatre play called Joseph the Dreamer, and we chose to see it on March 7.

“Ticket World said no advice from the promoters yet. I don’t know who else to contact. Can you message BGC Arts Center for me?”

It was 10 AM, and I could read Ate Fel’s stress in her messages. She treated me out to this play as a birthday gift, and we had been looking forward to watching it on this day – the day (among all other days) that COVID-19 hit BGC.

Ate Fel thought of commenting on a post in BGC Arts Center’s page, and they replied to it. The play was to push through BUT with strict precautionary measures. We rushed to meet at the theatre, and we reached our seats exactly before the play began.

The play justified its rave reviews. The cast we saw had lauded musical theatre actors – Sam Concepcion (Joseph), Audie Gemora (Jacob), Butuin Escalante (Rachel), and of course, Eli Luis (young Joseph) who used to be my student in Kinder 1 class. Joseph’s brothers and all other supporting actors did a great job too.

Ate Fel and I laughed and even teared at some scenes. I was particularly moved by the scene where the brothers — after a long time of jeering at their father when praising God and envying Joseph for being their father’s favorite — raised together a “…singing I praise You, Lord” towards heaven with their heart of repentance. Also, the father-son bond between Sam (Joseph) and Audie (Jacob) looked so real that my heart wrenched when they embraced in Egypt after their years-long yearning to be with each other.

Virus threat and all, the play was way worth the risk. It blessed us. It taught us to “never look down,” to keep our eyes to heaven in whatever circumstance. Ate Fel and I felt like we’ve seen not just a play, but also a prayer-and-worship – something to remember amidst the terrified world. Congratulations, Trumpets Playshop! May you keep on changing lives through the theaters!